“I would like to share an experience with Agnihotra ash. 6 weeks ago I was given the Agnihotra ash at a time when my dad was very bad, he was on the verge of death. He could not eat without help and he had been taking pills for 30 years for insomnia and also antidepressants. These drugs were causing a kind of Parkinson’s disease, spasms. He could not walk nor talk, the spasms were coming more and more frequently and severely. I took him to a neurologist, who said that there was nothing left to do, since my father was dependent on the drugs.” 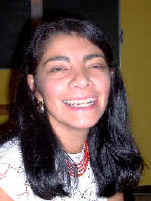 “At this time I gave my father Agnihotra ash. I told him that it was Ayurvedic medicine and that he had to take it with his food. Then the spasms disappeared and he began to eat again; he has been so thin.”

“I found another neurologist who suggested that he reduce the medication gradually. Now my father does not take tranquilizers, nor antidepressants. He continues taking the Agnihotra ash. He still does not know what exactly the ash is, but the results are incredible. He is CURED. He now works with me in the clinic and is a new man at 62.”